Hampered by poor visibility and water inside the INS Sindhurakshak submarine that exploded and sank, Navy divers on Thursday struggled to locate the 18 trapped personnel on board who are feared killed.

As the hopes for the survival of the sailors in the multiple explosions in the naval dockyard on early Wednesday receded, Prime Minister Manmohan Singh voiced deep pain at the accident. Three officers were among the 18 personnel.

"The trapped personnel have not yet been sighted or recovered," a Navy release said, as diving and salvage operations continued round the clock.

"The diving efforts are hampered by poor visibility inside submarine which is filled with water, extremely restricted access and displacement of most equipment from their original location," the release said.

The heat of the explosion has melted parts of the internal hull deforming the submarine hatches and has prevented access to the compartments.

Heavy duty pumps are being used to pump out the water from the submarine, the release said, adding there has been large scale ingress of sea water into the submarine due to the explosion.

"We are deeply pained that we lost the submarine, INS Sindurakshak in an accident yesterday. Eighteen brave sailors are feared to have lost their lives," the Prime Minister said in his speech on the 67th Independence Day.

"The accident is all the more painful because the Navy had recently achieved two major successes in the form of its first nuclear submarine, INS Arihant and the aircraft carrier, INS Vikrant," he said.


In one of the worst disasters to have struck the Navy, a series of explosions rocked its submarine INS Sindhurakshak at the dockyard in Mumbai sinking it partially in the shallow sea. 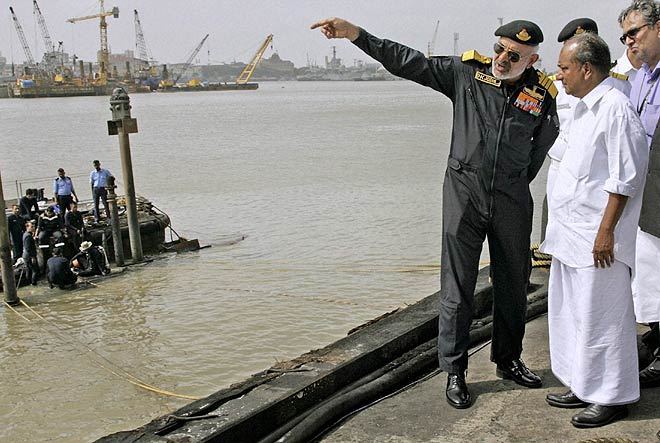 On Wednesday, Navy Chief Joshi Admiral D K Joshi, who accompanied Defence Minister A K Antony, did not rule out the possibility of a sabotage but said that the indicators so far do not support such a theory.

He had also indicated that there was little hope of survival of 18 personnel on board the submarine.


The diesel-electric submarine was commissioned into the Indian Navy in 1997 at a cost of around Rs.400 crore and had gone through a Rs.450-crore extensive upgrade in Russia. 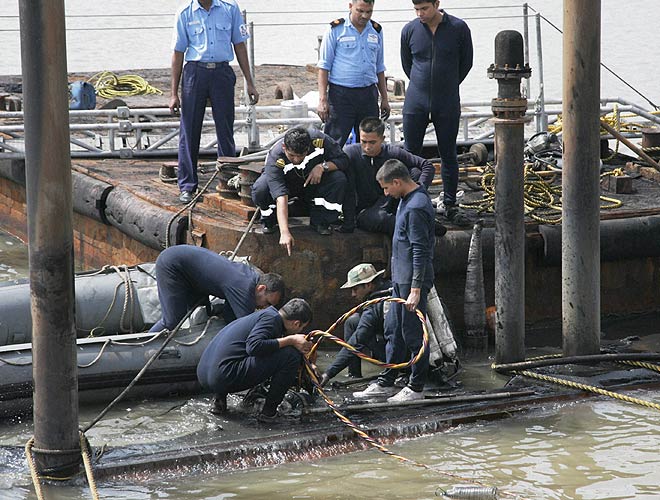 The 2300-tonne Kilo class submarine, powered by a combination of diesel generators and electric batteries, had potent weapons package including the anti-ship 'Club' missiles.