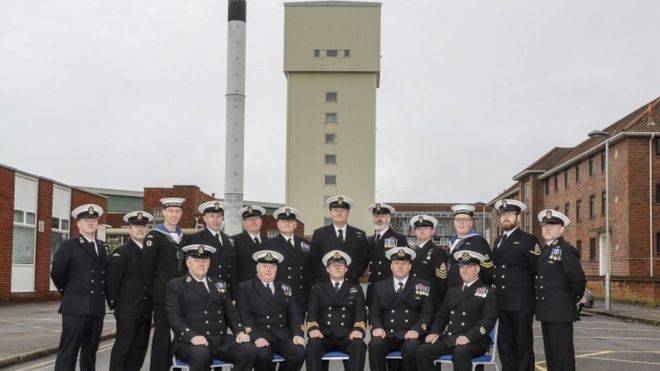 A diving tower that has helped train thousands of submariners how to escape from a stricken boat is to be retired.

The Submarine Escape Training Tank (SETT) in Gosport has been a prominent local landmark for decades.

The first man ascended the 100ft (30m) column of water to simulate emerging from a submarine in 1954.

Staff will be moving to a new facility opening later this year in Scotland. The Gosport tower will be preserved under its listed building status. 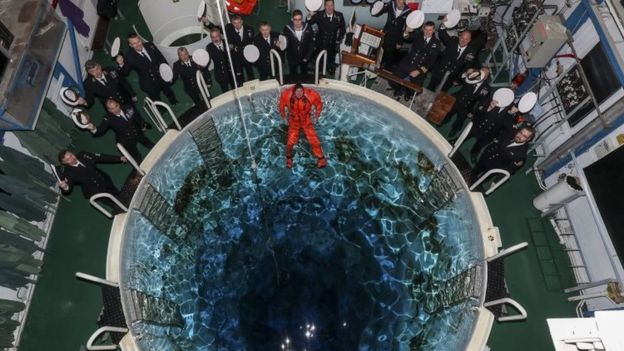 Image Caption It is thought the tank has been used more than 150,000 times

The SETT was built between 1949 and 1953 as part of a revamp of escape training, prompted by a report after World War Two following a number of deaths in submarine accidents.

Using the tank, submariners were taught to escape without breathing apparatus by using a specially designed escape suit to breathe.

The Royal Navy stopped training with it in 2012 but was still using the facility for non-pressurised drills and teaching.

Lt Cdr Gareth “Griff” Griffiths, in charge of the team, said: “2020 marks the end of an era, so it’s a poignant moment for all of us.

“We’re looking forward to carrying the lessons of our past many years into the future of submarine escape, rescue, abandonment and survival training.”

The replacement complex at Faslane on the River Clyde will include a sea survival training pool where various weather conditions and sea states can be replicated in an indoor pool. 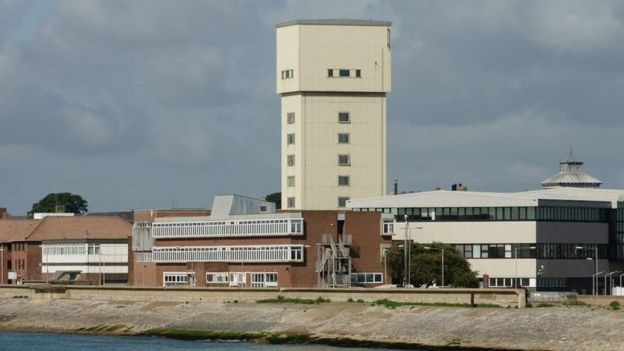